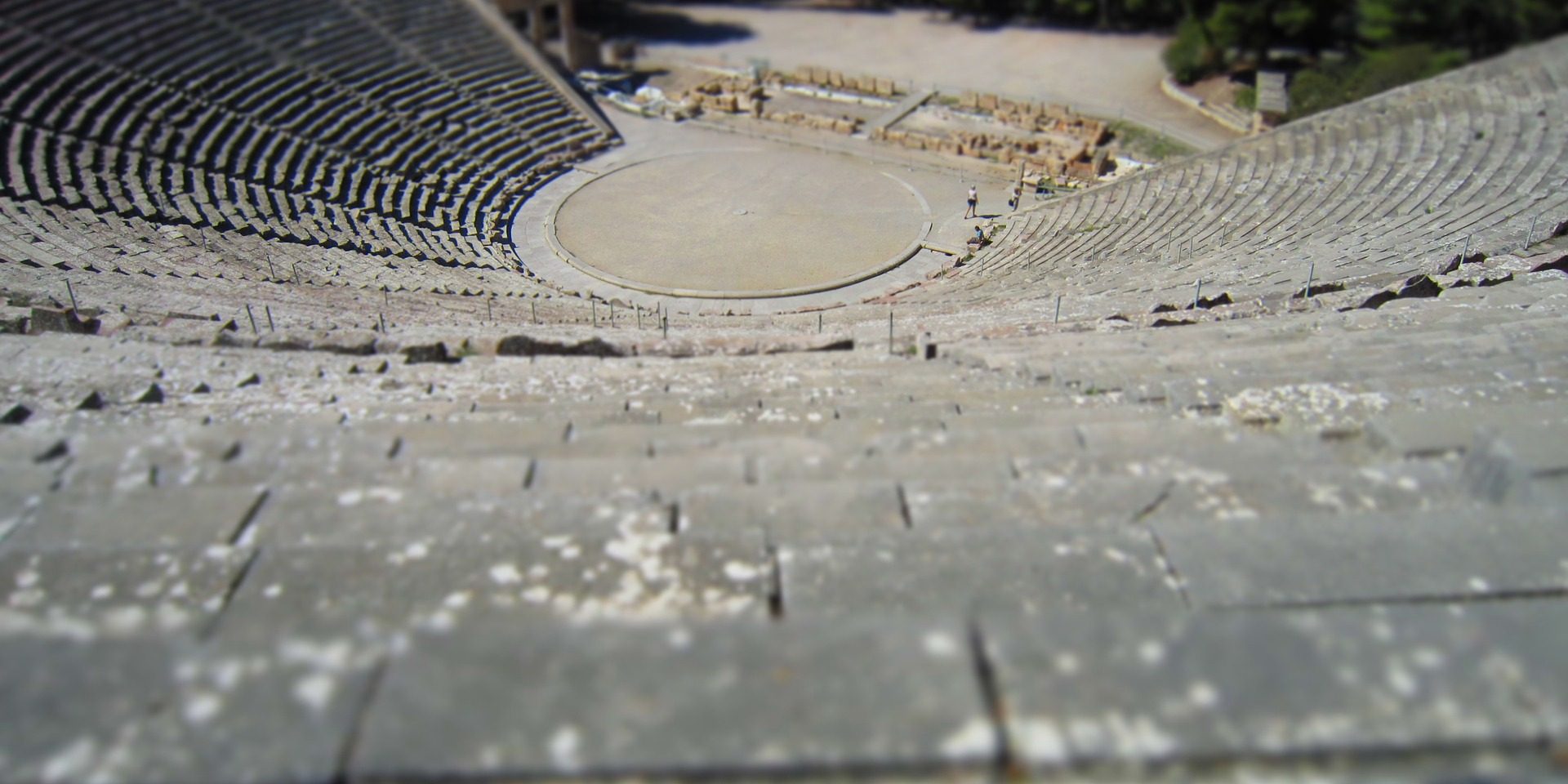 Many, many years ago, around 400 B.C. Epidaurus was a place with a famous complex of hospitals and sick wards. This healing center was a place of miraculous cures, where doctor-priests cured sick people under the gaze of Asklepius, the Greek god of medicine.

The highlight of Epidaurus is its beautiful theater, one of the best-preserved Classical Greek structures in existence, built of limestone. This great masterwork of Polykleitos the Younger has legendary acoustics and the audience of the ancient times have been able to hear actors and musicians, of course unamplified, from even the back row! It is said that a pin dropping can be heard in every seat of the ancient theatre of Epidaurus!

Nowadays, the theater is used for performances the annual Greek Festival.

Epidaurus performances are presented every Friday and Saturday, from the beginning of July to mid-August. Starting hours: 21:00 for Ancient Theater of Epidaurus, 21:30 for Little Theater of Ancient Epidaurus.

And for the season 2018 here are 10 reasons to visit Epidaurus for a performance:

Enjoy this #TouriusExperience in Ancient Epidaurus!