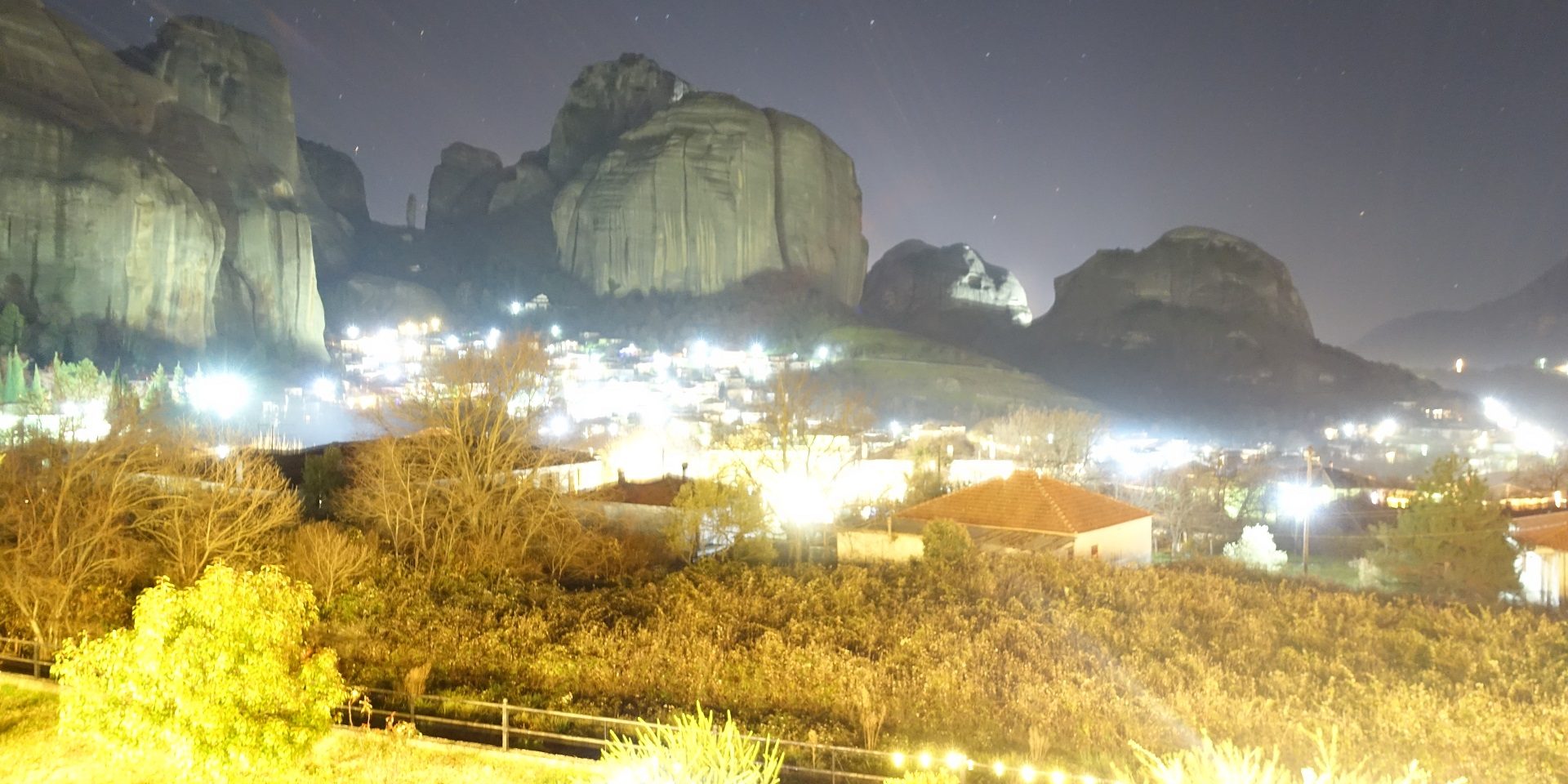 After being done with Meteora it was time to visit the cave at Theopetra. It is located about 4 kilometres south of Kalampaka. Theopetra looks like a smaller version of a rock from Meteora, but stands completely alone in the midst of the Thessalian plain. One wonders whether its name has anything to do with that (it means God’s rock). As soon as I reached Theopetra I went to visit the museum of the cave, where the lady told me that the cave is now closed to the public, and has been for a few months. Once again, it is being restored. When asked when would the cave re-open, the lady replied ,“This is Greece, it might be in two months, it might be in two years.” Thank you, official website, for not having told me about its closure and having built up my excitement for naught. Mercifully the museum was open and it was indeed a fascinating one. No need to repeat myself about the history of this place. Instead of Theopetra, then, I decided to go back to Kalampaka and visit the Byzantine Chur 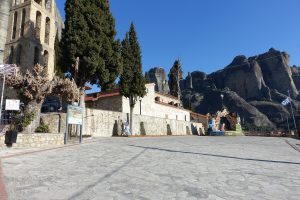 ch of the Virgin Mary. I must admit that by this time I felt a bit tired of visiting so many Christian sites. However, this church dates back to the 7th Century. What is more important is that it provides the missing link to giving us a complete timeline for life in this region from the transition to Homo Sapiens Sapiens till today. That is because this church was built on top (and uses the pillars of) an ancient Greek temple dedicated to Apollo. By visiting Meteora, one can see history evolving from the very rudimentary stages of the beginning of mankind till today. Fascinating. The church itself is possibly the nicest Byzantine church I have seen in Greece (sorry Athenian churches, you lost). 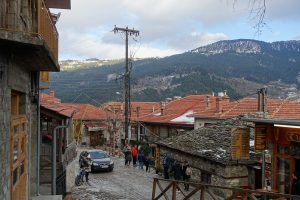 My itinerary then took me to Metsovo. Metsovo is located about 60 kilometres North-East of Meteora and is mostly known (at least to me) for one of my favourite Greek cheeses, called Metsovone. I never expected to say this (I am hardly fond of Greek architecture and find most cities, towns and villages, to be – at the very best – indifferent) but Metsovo is the most lovely little town I have ever seen in this country. So beautiful. After having had lunch at a stunningly good restaurant, and viewing the Pindos mountain in snow, I retreated to my hotel room to rest since I idiotically got a bug and had gotten feverish. This is what one gets after trying to take long exposure shots of Meteora in January. As you understand, the trip was kind of cut short here. I followed the same itinerary I was meant to, but without really stopping in every place I had planned to. The next morning, feeling somewhat better, and seeing that it had snowed a lot in Metsovo, which was now all white, I drove towards Ioannina, the largest city in the vicinity of the Albanian border. From there, I went southwards towards the town of Arta, then Agrinio, Missolonghi (of Byronian fame), down to Antirio and then Eastwards to Lepanto, off the coast of which the great Naval Battle of Lepanto took place in 1571, when the powers of the West fended off the Ottoman Empire from expanding further into Europe. From Lepanto I followed the coast to reach Galaxidi, another beautiful coastal town where, under different circumstances, I would have stopped. After Itea I went up Mt Parnassus where I would have stopped at Delphi (I reached there while it was still light – at around 14:15), and then the skiing village of Arahova, as always full of tourists. Lunch having been had outside Arahova, I drove towards Thebes (the Greek one) and then took the highway south towards towards Athens. 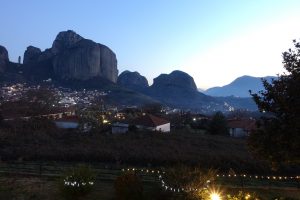 All in all, this trip was a little more than a thousand kilometres. However, as this rough itinerary shows, it goes through a good chunk of the Greek mainland. It does take a lot of driving, but if you find it too much, you could add one more day and stay the night somewhere on the West coast of Greece. If you really do not wish to spend three or four days driving around, do at least be certain to visit Meteora. Do not do it in a day trip. Stay there overnight. Meteora might just be the most extraordinary place in Greece.